A Year in the Life: Ambient Math Wins the Race to the Top!
Day 253

The trickster tale encompasses the essence of the Grade 4 year: brash and brave with a will to take on the world, and the panoply of the Norse Gods and Goddesses fill this bill quite nicely.  But there are many tales from other times and places that also beautifully fit this genre.  American Indian tales are full of mythical trickster figures, with Raven and Coyote as just two of the towering animal totems who are both heroic and renegade, locked in a reciprocal and magical dance with their human counterparts.  This Coyote tale from the Karok Indians can be found in the Math By Hand / Grade 4 / Form Drawing/Stories book. 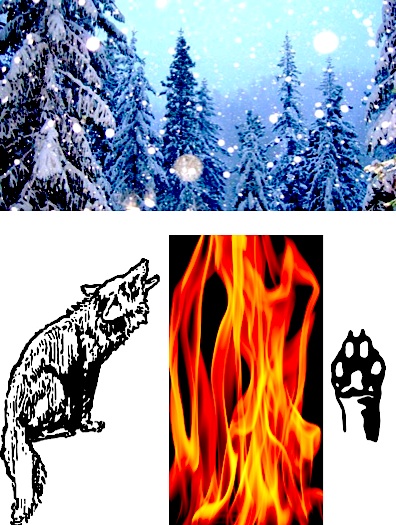 Winter can be cruel, but it can also be a time of coming together around the warmth of the fire.  Math By Hand is offering a special Winter Sale for the month of December: 15% off your entire shopping cart!  Hop on over to your grade level of choice on the Shop page and explore.  What better time to try this hands-on, creative, and experiential approach than now, mid-year, when interest in math may be waning.  Give the gift of joyful math!