A Year in the Life: Ambient Math Wins the Race to the Top!
Day 118

For one year, 365 days, this blog will address the Common Core Standards from the perspective of creating an alternate, ambient learning environment for math.  Ambient is defined as “existing or present on all sides, an all-encompassing atmosphere.”  And ambient music is defined as: “Quiet and relaxing with melodies that repeat many times.Why ambient?  A math teaching style that’s whole and all encompassing, with themes that repeat many times through the years, is most likely to be effective and successful.  As promised, here are four stories to tell about the 4 Processes four. 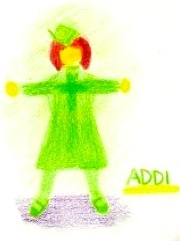 ADDI was given a task by the King. He said that right after breakfast (because everyone, even the King, knew that ADDI never missed a meal), she was to gather all of the green jewels (the emeralds) and add them up so he would know just how many there were. 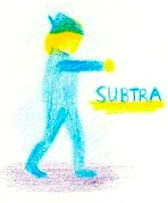 SUBTRA was so sad that morning. He knew the King would be unhappy because SUBTRA had (once again!) lost some of the blue jewels (the sapphires) that were entrusted to him. Instead, the King told him to count and see how many were lost, and reassured him that they would turn up again soon. 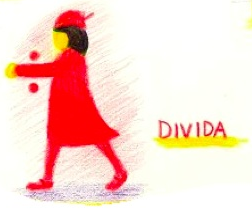 DIVIDA strode briskly to where the King was sitting on his throne, and said the red jewels (the rubies) were in terrible disarray, all in a jumble. DIVIDA said it was just impossible!  The King said to separate them into small, equal piles and then count them.

MULTI somersaulted into the main hall and said that he had tallied and neatly stored all of the yellow jewels (the topazes). Then MULTI asked if some could be spared to buy supplies for the harvest ball? The King said to multiply the amount needed for supplies times the number of guests to be invited, and he would see.

Knowledge ensues in an environment dedicated to imaginative, creative knowing, where student and teacher alike surrender to the ensuing of that knowledge as a worthy goal.  Tune in tomorrow for more Grade 1 math fun!