A Year in the Life: Ambient Math Wins the Race to the Top!
Day 252

Operations and Algebraic Thinking 4.OA
Generate and analyze patterns.
5. Generate a number or shape pattern that follows a given rule.  Identify apparent features in the pattern that were not explicit in the rule itself.  For example, given the “Add 3” and the starting number 1, generate terms in the resulting sequence and observe that the terms paperer to alternate between odd and even numbers.  Explain informally why the numbers will continue to alternate in this way.

As usual, I searched the net for lesson plans and work samples for this standard, rounding up all the usual suspects: labor-intensive, intricate, mostly worksheet oriented content.  Some handy tricks and patterns as well, but the overall impression was one of random pieces cobbled together.  “Doubling and Halving” was one such trick.  Here’s how it works: to multiply 25 x 8, double the 25 to 50 and halve the 8 to 4, so 50 x 4 = 200.  It’s a streamlined approach, one that makes mental math easier.

But it’s a only a piece, one of many disjointed pieces that make up the Common Core.  Both the Waldorf and Math By Hand Grade 4 curriculum follow a whole-to-parts rather than a parts-to-whole approach, that’s more methodical and consistent.  An unbroken thread connects factors to fractions, then decimals are followed by the number line and a brief introduction to algebra to end the year.

The year begins with a thorough times tables review to insure that they’re in place before moving on.  The sorts of number patterns mentioned above are in constant focus beginning in Grade 2, as patterns within the times tables are worked with in many ways.  For instance, in the large Grade 2 times tables chart, it can easily be seen that the square numbers form a diagonal line from the upper left to the lower right corner, from 1 to 144.  Find the square numbers’ diagonal line in this chart from Algebra One Blog. 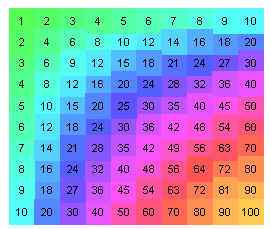 Many, many patterns are found within Pascal’s triangle, shown below.  When this is presented along with a brief biographical sketch of its creator Blaise Pascal, a broader picture of mathematics prevails, one that reveals its inherently elegant properties. 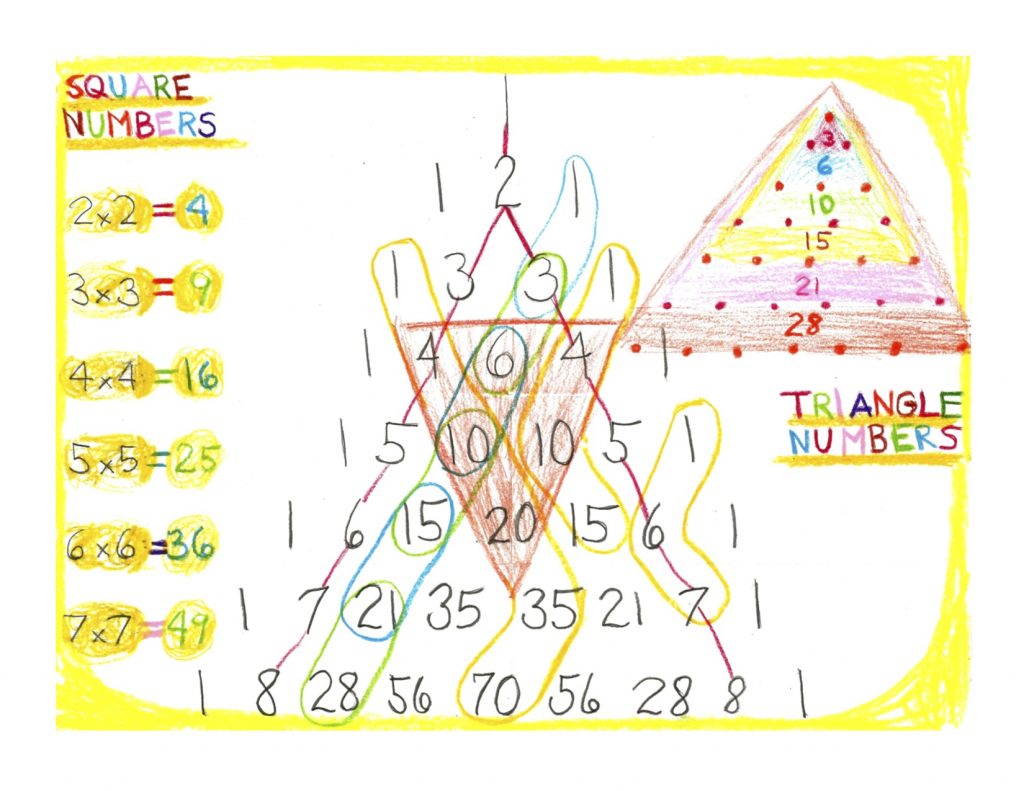