A Year in the Life: Ambient Math Wins the Race to the Top!
Day 247

This standard is a variation on the Grade 3 version (see blog post #186).  I’ve copied most of that post because it is also relevant here.  The Common Core’s stated objective is to delve deeper with fewer but more rigorous standards.  I’m wondering if in the effort to economize with fewer standards, thoroughness was sacrificed, since it does seem that there’s a lot of slightly tweaked repetition from grade to grade.

Each strip is folded into six 3″ square sections, with a white square that can be placed anywhere for the missing number. To compare addition and multiplication, a green strip could be placed next to a yellow strip, with corresponding equations. For the plus equivalent to the times equation 2 x 5 = 10, 2 gems would be placed in each of 5 squares. This is the same principle as above, with smaller numbers.

If this is demonstrated repeatedly and consistently in Grade 1, with the 2, 5, and 10 times tables, it will easily translate to the higher tables in later grades. No need to have students draw endless arrays of dots or other objects to reinforce the concept.

Both rote memorization and a deeper understanding of math concepts should coexist. The times tables do need to be memorized, and this is accomplished with games, rhythmic movement, recitation, singing, and handwork. Patterning, on the other hand, takes it all to a deeper level, so that math is appreciated for its complexity and compelling beauty. Interest and beauty, as prime motivating factors for grade school age children, will carry the day as the love of learning grows into a lifelong quest.

The “reasoning” or “putting it into words” aspect of Common Core math, as groups of students are required to discuss how they arrived at their answers, may very well be a mistaken goal for math as a whole, as well as for the child until age 12-14 when abstract reasoning first appears. Until then, we need to have a little faith that the process of learning will naturally occur if conditions are favorable and the right ingredients are gathered and presented.


Cross stitch is the handwork focus in the Waldorf fourth grade.  Besides adding another skill to the craft repertoire, cross stitching serves a distinct purpose at this age.  As previously mentioned, the growth process can be a challenging one, with “growing pains” occurring on more than just the physical level.

We must think of our children as fragile, in the sense that we set them on a crash course of acclimating to our more than daunting modern world.  It’s incumbent upon us to safeguard their well-being, by not expecting too much too soon.  Grade 4 is a milestone in its leap into the geography and zoology of the real world, asking “What is our place on the planet, and with what creatures do we share our world?”

Because overwhelm can happen far too easily, fail-safes need to be in place and the act of cross-stitching can serve this purpose.  Symbolically, the “x” that’s sewn again and again reinforces a sense of protection that can be relied upon in the sometimes treacherous waters the 9-10 year old navigates.  Here is an example of Grade 4 cross stitched bags, found on Barbara Hernandez’ Pinterest page. 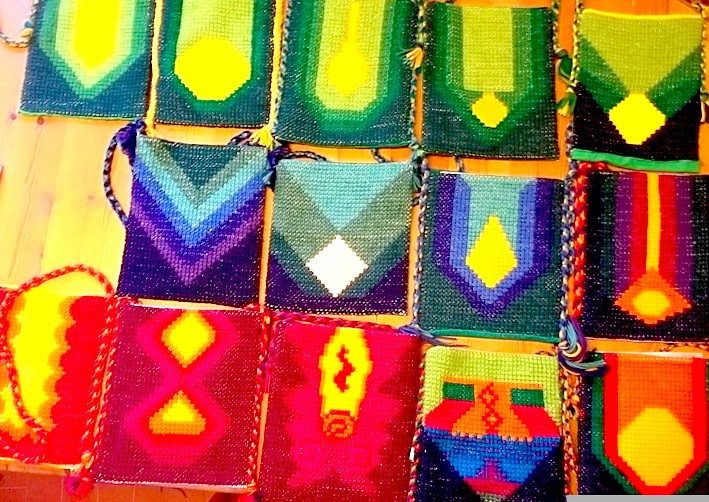 Cross stitch can be related to math as well, counting stitches, designing geometric patterns, and seeing the x’s themselves as examples of arrays!  Knowledge ensues in an environment dedicated to imaginative, creative knowing, where student and teacher alike surrender to the ensuing of knowledge as a worthy goal. Tune in tomorrow for more Grade 3 math CCSS and their ambient counterparts.