A Year in the Life: Ambient Math Wins the Race to the Top!
Day 188

For one year, 365 days, this blog will address the Common Core Standards from the perspective of creating an alternate, ambient learning environment for math.  Ambient is defined as “existing or present on all sides, an all-encompassing atmosphere.”

Operations and Algebraic Thinking 3.OA
Represent and solve problems involving multiplication and division.
3. Use multiplication and division within 100 to solve word problems in situations involving equal groups, arrays, and measurement quantities, e.g., by using drawings and equations with a symbol for the unknown number to represent the problem.

Much creative teacher energy has been expended on creating worksheets to address this standard.  One of the problems with worksheets (or computer apps for that matter) is that they are 2-dimensional in nature, and largely divorced from reality or anything familiar that could act as an anchor in the learning process.  Computer, iPad, or other digital media apps require very little physical activity, and in fact require much rigidity, in that the hands are poised on the keyboard, the eyes are riveted on the screen, and the child’s body which is built and meant to move, is glued to a chair.

In the Waldorf and Math By Hand systems, this standard is addressed early on, from the beginning, since multiplication and division are taught along with addition and subtraction in Grade 1.  And this is for the most part accomplished 3-dimensionally and with much movement, as word problems are practiced orally in the morning circle or skills practice time.  Gems (like those pictured above) are used as counting manipulatives to accompany situations that are play acted.  And although the numbers did not total up to 100, the concepts were clearly taught and seen through groups and arrays made with real objects.

Because this concept was solidified in Grade 1, it can be applied now in Grade 3 to higher order problems.  The 4 processes are reviewed at the beginning of Grade 3, and since place value was mastered in Grade 2, students are ready to take on problems totaling far greater amounts than 100!  Long multiplication and division are learned in the middle of Grade 3, and then incorporated into 4 processes practice.

Learning basic algorithms is sometimes shortchanged with the Common Core standards and materials, in favor of innovative and alternative methods.  Teaching the classic, basic algorithms alongside alternative methods is a much sounder, more sensible approach.  Math By Hand explores the alternatives like Lattice or Window Frame multiplication as fun and novel approaches that are motivating and interesting, but are never allowed to replace the basics. 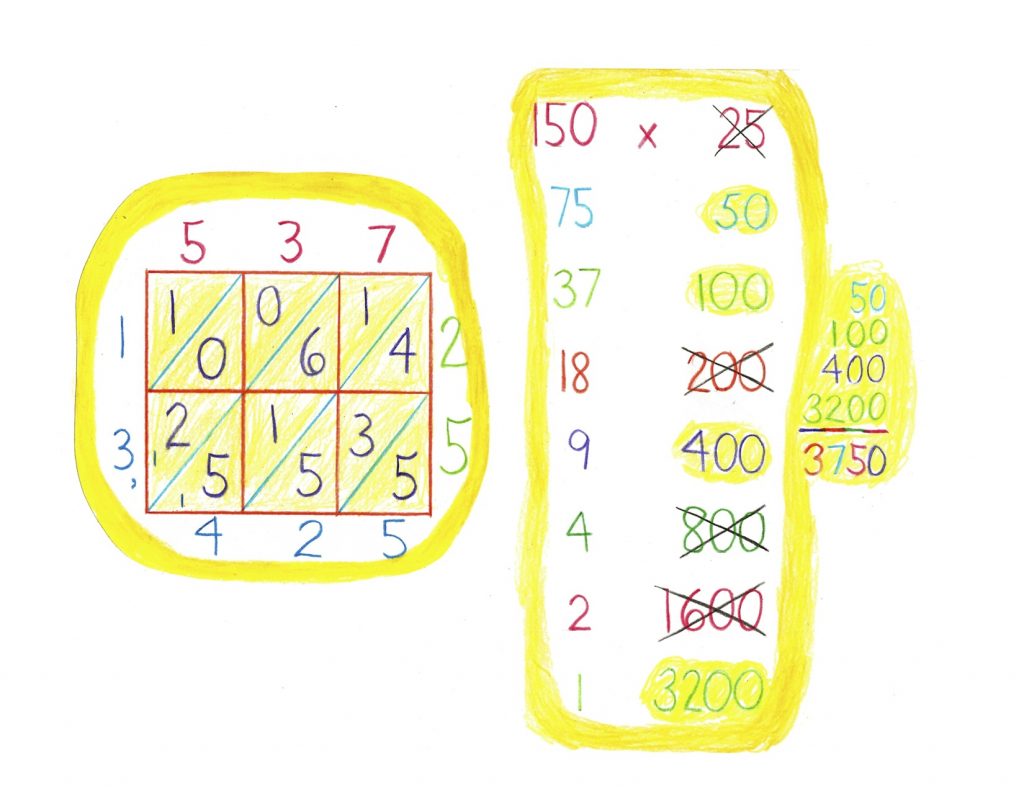