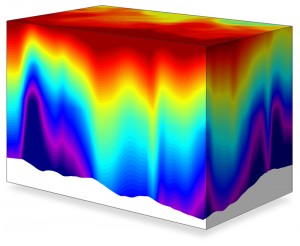 If your homeschool math curriculum must be in a box, it should be a box like this one, a cube mercator 3D ocean model.  Of course, thinking outside the box is optimal, but nowhere is this more true than in math.  Even advanced mathematicians who would seem to think in well-ordered and circumscribed ways admit to benefitting from visiting the world of chaos, often.

Chaos and order, or the linear and non-linear, is addressed in the March 14, 2011 posting of “Mathematical Models and Future Predictions 2” (see www.plusultratech.com/2011/3).  A Wikipedia entry says, “Although there are exceptions, nonlinear systems and models tend to be more difficult to study than linear ones.  A common approach to non-linear problems is linearization, but this can be problematic if one is trying to study aspects . . . which are strongly tied to nonlinearity.”

The gist of this is that even with math, which we commonly think of as being no-nonsense and singular, it is always preferable to err on the side of inclusion.  The post goes on to say that, “The real-world scenario differs from a computer modeled world.  In the real world the systems are not structured, linear and deterministic.  In fact they are the polar opposites. Real world simulates itself.  It is non-deterministic.  Things are unpredictable and volatile.” Here’s a wonderful illustration of this concept, included in the post:

So, if we can say that your homeschool math curriculum is best addressed outside the box and in 3D, then it follows that the lessons you teach and the skills practice you assign should be there as well.  This would preclude using (exclusively or predominantly) such 2-D models as straight textbook teaching and learning, worksheets, or “interactive” internet math programs, games, etc.

If nature shows us a math that is intricate, beautiful, and unpredictable (i.e., no two snowflakes are alike, ever) shouldn’t the way we teach math and the materials we use to teach it echo that concept?  Here are three individuals among countless many snowflakes: 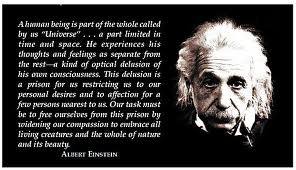 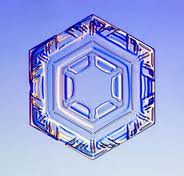 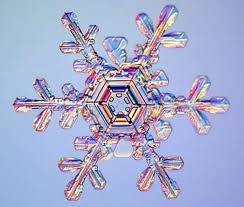 Or as an example that’s one step removed from nature, consider this origami mulberry leaf.  It was designed by Japanese artist Tomohiro Tachi using origamizer, a 3D origami design software he developed that generates a crease pattern that folds into a given polyhedron.

The best approach to your homeschool math curriculum then, may be one that is outside the box, 3D, and open ended.  Open ended in the sense that your lessons allow the breathing room that opens the door to what your student and real life brings.

An adage passed along by an amazing art teacher was something that an architect once said in describing his way of working: “Hold tight loosely.”  Make your math lessons a lively blend of solid basics, creative materials, lots of experiential, hands-on work, and real life! 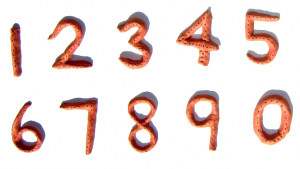 Category: Homeschool MathMarch 28, 2011
Share with PinterestShare with FacebookShare with TwitterShare with Google+