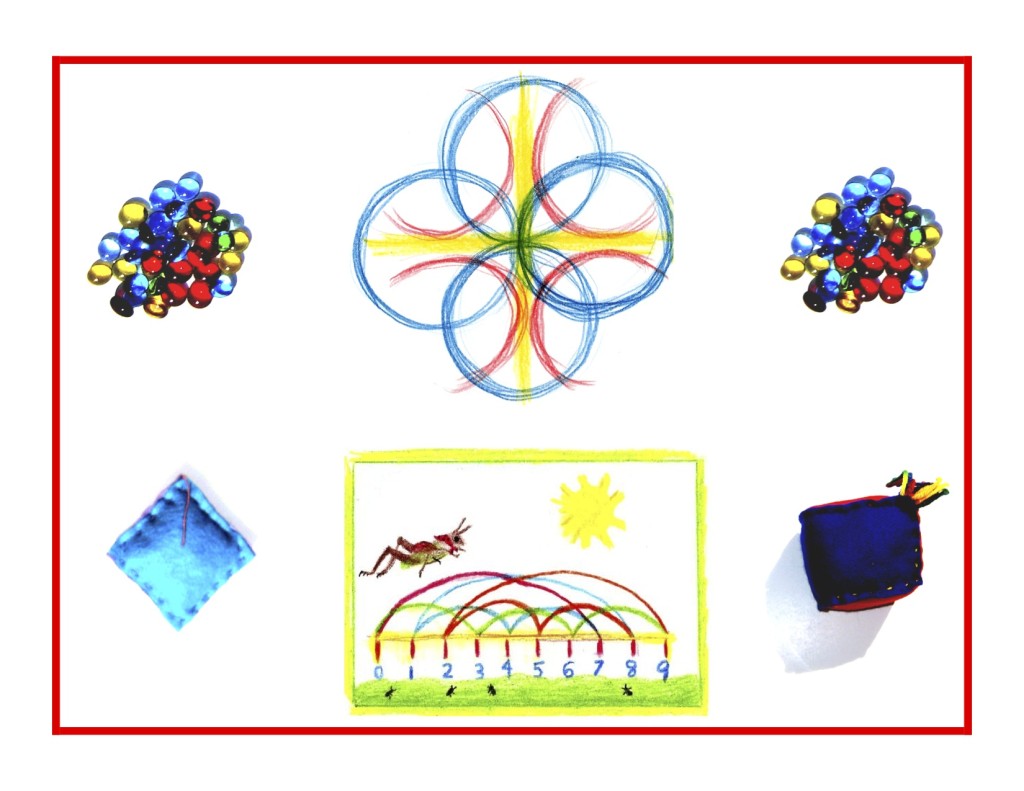 A Year in the Life: Ambient Math Wins the Race to the Top!
Day 149

English Language Arts Standards > Reading: Informational Text > Grade 2
Integration of Knowledge and Ideas:
CCSS.ELA-LITERACY.RI.2.7
Explain how specific images (e.g., a diagram showing how a machine works) contribute to and clarify a text.
Technology in any form is beyond the understanding of a typical 8 year old.  It has been shown by child development psychologists that the true age of reason is not reached until 11 or 12.  Until that time, foisting premature understanding onto undeveloped capacities can only result in frustration at best and extreme stress at worst.  As the name implies, handwork is work done exclusively by hand, practiced in Waldorf up to grades seven or eight, when the sewing machine is introduced to produce a simple, straight-seam project like sewing a pair of pajama pants.

CCSS.ELA-LITERACY.RI.2.8
Describe how reasons support specific points the author makes in a text.
“Reasons” . . . that inappropriate word again.  The child up to age 11 or 12 is quite literal in his or her understanding.  Everything is what it seems to be, with no real underlying reasons.  A parallel for this mode of thinking is the flat, 2-dimensional plane found in most children’s art.  Look at a first grade landscape drawing.  You’ll most likely see the sun fixed in a top corner, a band of blue sky across the top, empty space in the middle, and a band of green and brown earth at the bottom.  There is no understanding yet of the sky meeting the horizon, instead the blank middle space represents the very air we breathe.  Perspective drawing is taught in the Waldorf seventh grade because the child’s consciousness has matured to the point where a 3-dimensional understanding of space is possible.  And this expanded consciousness extends to the ability to reason and to perceive others’ reasoning.  Not yet!

Range of Reading and Level of Text Complexity:
CCSS.ELA-LITERACY.RI.2.10
By the end of year, read and comprehend informational texts, including history/social studies, science, and technical texts, in the grades 2-3 text complexity band proficiently, with scaffolding as needed at the high end of the range.
History and social studies are taught indirectly through stories.  The moral element shines through all of the literature presented in the younger grades, up to fifth grade (the dawning of the child’s reasoning powers) when the Ancient Civilizations of Greece. Egypt, and India are revealed through story and art.  When the modern era is reached in the eighth grade, history continues to be graced with story in the form of anecdotes and biographies.  Since independent reading is not yet expected at the second grade level, no scaffolding is needed.  Though the literature that’s told, retold, and applied is developmentally appropriate, its quality and content are not watered down for the purpose of reading independently.