A Year in the Life: Ambient Math Wins the Race to the Top!
Day 269

Number and Operations – Fractions 4.NF
Understand decimal notation for fractions and compare decimal fractions.
7. Compare two decimals to hundredths by reasoning about their size.  Recognize that comparisons are valid only when the two decimals refer to the same whole.  Record the results of the comparisons with the symbols >, =, or <, and justify the conclusions, e.g., by using the number line or another visual model.

Distinguishing between tenths and hundredths happens easily, with practice.  All the methods in the previous fractions standards posts: coins and decimals, the decimal strip, the laminated decimal-fraction conversion chart, etc., along with lots of dedicated practice, will accomplish this.

Any fourth grader can easily grasp the difference between three cents, thirty cents, and three dollars!  Coins and bills are much more effective and clear as models than abstract ones.  Math By Hand teaches the greater-less-than symbols in mid Grade 2, and they are then used consistently with whole numbers, fractions, and decimals.  Once their function is learned they can be readily applied to any set of numbers. The next several posts will address the number line as it’s taught in the Math By Hand system, including fractions and decimals.

Now on to another of Nasrudin’s wise, witty, and wonderful Middle Eastern folk tales.  This one concerns the over emphasis on appearance, featuring a beautiful, richly embroidered coat that Nasrudin wore to a banquet at a wealthy friend’s house.  His coat may have been made with fabric similar to this intricate Persian design. 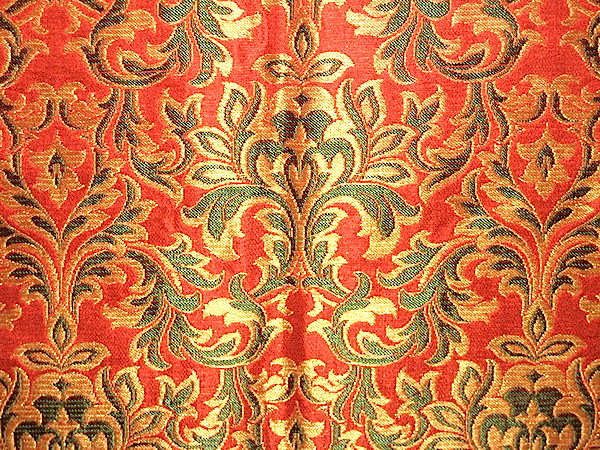 And here is the story, The Hungry Coat, as it appeared in Mary Harris Todd’s Mustard Seed Journal.

A wealthy friend invites Nasrudin to a banquet. Wearing his old patchwork coat, Nasrudin sets out for the banquet. Along the way he stops to help capture a runaway goat. When Nasrudin arrives at his friend’s house, the friend, the servants, and all the other guests ignore him. He realizes that it is because his coat is now dirty and smelly as well as worn-out. Nasrudin hurries home, bathes, puts on a magnificent new coat, and returns to the banquet. Now everyone is glad to welcome him. Delicious food is set before him, which he proceeds to feed to his coat. “Eat, coat! Eat!” he says. The host and guests are aghast. “Why surely you wanted my coat to eat,” Nasrudin responds. “When I first arrived in my old coat, there was no food for me. Yet when I came back in this new coat, there was every kind of food for me. This shows that it was the coat–not me–that you invited to your banquet.”

Teach fractions and decimals, but be light-hearted about it and please do integrate the arts!  Falling victim to test-prep-itis, happening too frequently in our schools to the detriment of so-called “frills” like PE, Art, Drama, Music, to name just a few, is beyond foolish and short-sighted.

Because knowledge ensues in an environment dedicated to imaginative, creative knowing, where student and teacher alike surrender to the ensuing of knowledge as a worthy goal. Tune in starting tomorrow for a special series of posts on the Math By Hand number line lessons.